Kalmar automated truck handling (ATH), part of the Kalmar One automation system, is the first solution in the world that fully automates landside operations. In this article we hear from student Petri Kuha, who created a virtual reality (VR) simulation that lets users experience the ATH solution in as realistic a way as possible.

The Kalmar ATH solution uses a truck-lane laser measurement system that pinpoints the exact locations of the truck trailers’ twistlocks, chassis or container then automatically feeds the measured target to the crane. The lifting and grounding of containers is fully automated.

Kalmar’s Simulation and Virtual Environments team was tasked with creating a VR simulation that would provide an immersive experience of the ATH solution for use at customer events and for internal training purposes. Enter Petri Kuha, a student at Tampere University of Applied Sciences. 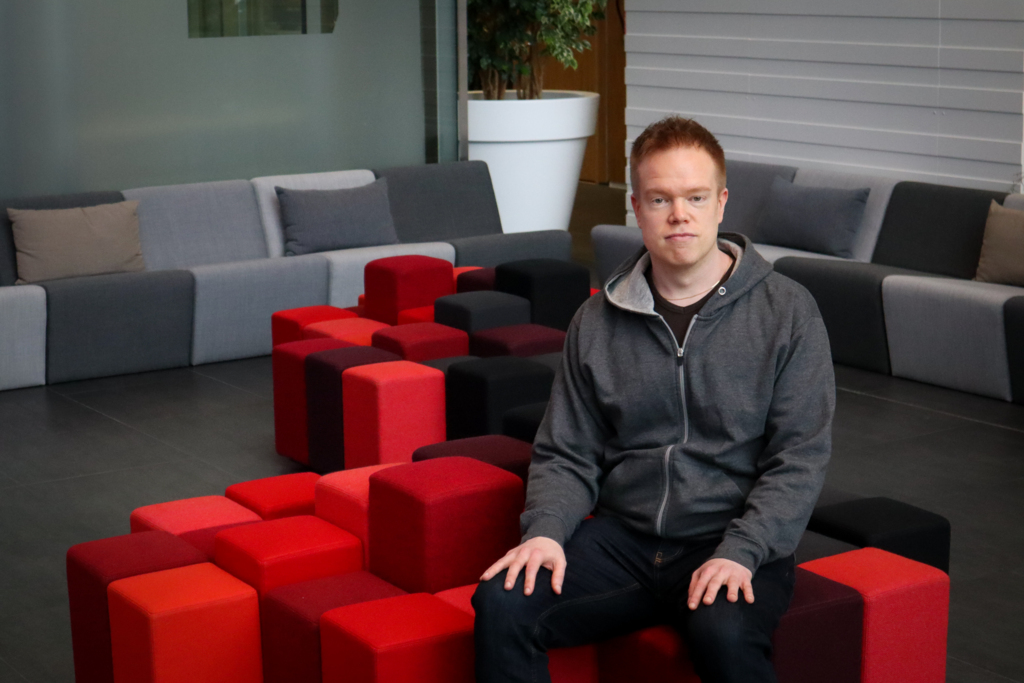 An offer too good to refuse

"I’m studying Business Information Systems at Tampere University of Applied Sciences. During my studies I became interested in game development, and the director of game development at the university offered me an internship assignment with Kalmar,” Petri explains. “During the internship I was offered the chance to do a thesis project that involved creating a VR environment to showcase the new ATH technology. The offer was simply too interesting to turn down,” Petri says.

The idea was to create a simulation where the user would experience the ATH solution via a VR headset, immersing themselves in a virtual environment where they can see for themselves how the technology works.

The VR simulation in action

“The user starts in the driver’s seat of the truck as it arrives at the container terminal. The truck stops as the view switches to outside the terminal gate. A straddle carrier arrives and we switch to a bird’s eye view of the ATH solution in operation,” Petri explains.

“The straddle carrier inspects the truck's trailer and lowers the container into exactly the right position before departing. The view then switches back to the gate, where we see the truck leaving the terminal,” Petri continues. 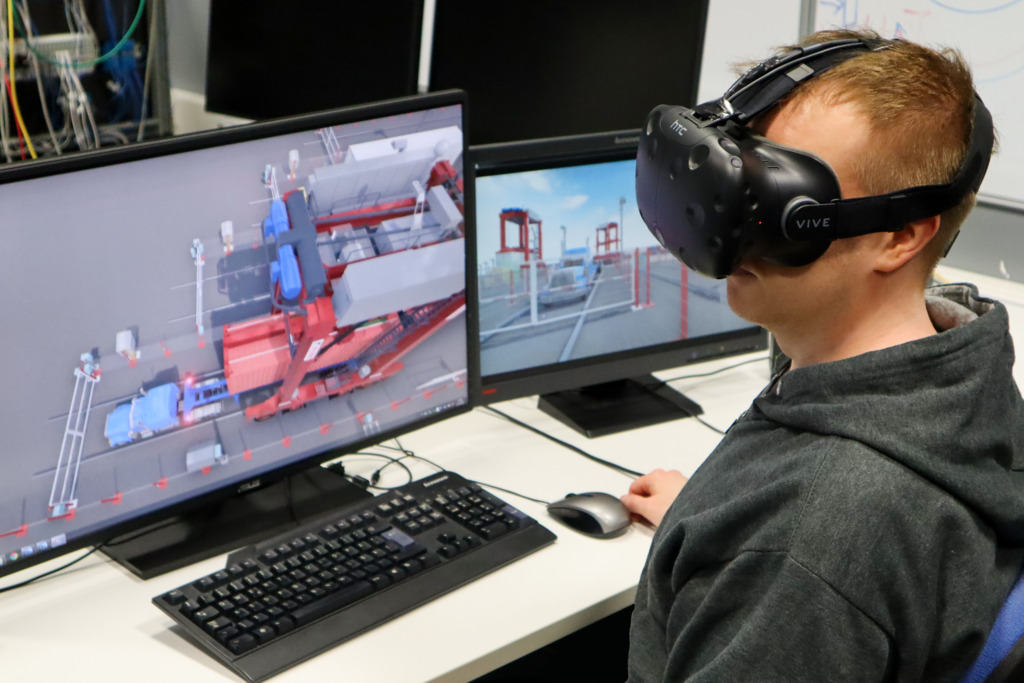 A steep but rewarding learning curve

The project exposed Petri to a whole range of new skills, some of which were new to him. “I learned a lot about building models, creating textures and animations, as well as sound editing,” Petri says. “Some things took a lot longer than planned, like optimizing the 3D models for VR, but we got there eventually! I had a lot of support along the way from Hannu Santahuhta, who leads Kalmar’s Simulation & Virtual Environments team.”

The application was created using Unity, a popular game-development engine. “Unity is where all the different pieces of the jigsaw come together and are brought to life,” explains Petri. “I learned a great deal during the project, especially about the VR user experience and what needs to be taken into account.

“One of the biggest things I learned was how much time these things can take to perfect – my time management skills are definitely much better now! This experience has certainly made me interested in working more with Unity after I graduate, whether in game development or in some sort of industrial application,” Petri concludes.

Petri’s work was guided by Hannu Santahuhta, Senior Manager, Simulation & Virtual Environments at Kalmar. “The simulation is already proving to be an extremely useful tool for demonstrating the ATH solution both internally and to customers. Thanks to Petri’s hard work and determination we have succeeded in creating a highly realistic environment that showcases the ATH technologies and operation in exactly the right way.” Bringing design concepts to life in a virtual world

Thank you for the order.
An error happened during registration.
Unknown error